Not A Hope In Hel 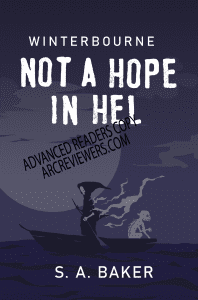 Not A Hope In Hel

Five minutes ago, Davis Mareth learned that the most incredible power in the universe doesn’t amount to much when you’re locked away in a frozen wasteland. Five minutes ago, he learned that Winterbourne Home is about to burn in the fires of a glorious revolution. Five minutes ago, Davis learned Hell might not be a bad place to live, but Hel is about the worst thing he’s ever seen. If he doesn’t find the way, easy or hard, short or long, that leads up from Hell…or is it Hel? Everything he knows, and everyone he loves, will burn along with it.

In this deliriously creepy third installment of the Winterbourne series, Davis Mareth, the barely capable Grim Reaper, must come to grips with his new role in the world of the newly dead, sometimes horrific, sometimes hysterical … and always final.